Lee Westwood - 'Yes, I'm the best in the world' 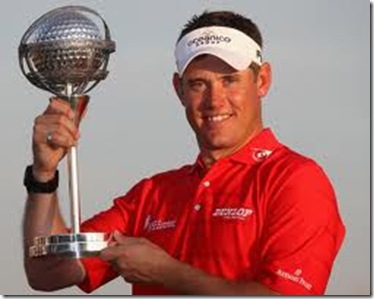 When Lee Westwood's father phoned him to congratulate him on his ascent to the top of the World Ranking, Westwood was wandering aimlessly down an aisle in a grocery story.

This anecdote comes from Anna Kessel's entertaining story in the Guardian that makes it abundantly clear that the new No. 1-ranked player in the world is a rather dramatic departure from the man he supplanted, Tiger Woods. "Chirpy, refreshingly down to earth," a Sydney Morning Herald headline over the same story said.

There is this anecdote, too: A flight attendant unaware of his celebrity and knowing nothing of golf, asked him where he got his tan.

"Are you any good?" she asked.

Westwood contemplated how to respond for a moment.