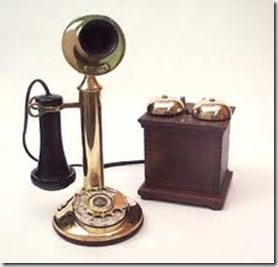 OTTAWA, Jan. 13 /CNW Telbec/ - Beginning January 15, 2011, residents of the region served by the 705 area code in Ontario will be required to dial 10 digits - the area code followed by the seven-digit phone number- for all local calls.

"10-digit dialing affects all residents and businesses in the region served by area code 705. It is important that everyone takes the time to reprogram their systems and communications equipment prior to January 15, 2011, in order to avoid any inconveniences that may be caused by the changes," stated Glenn Pilley, spokesperson for the Canadian Numbering Administrator.

Special numbers like 9-1-1 will still be dialed using three digits.

Consumers and businesses must add the 705 area code to all local numbers stored in the memory of their communications systems and devices, for example, telephones, wireless devices, computers, and fax machines. They must also verify with their service provider that their alarm or security system has been reprogrammed for 10-digit dialing. Useful information can be found at www.dial10.ca

Starting January 15, 2011, local calls dialed with seven digits may be interrupted by a network message. The message reminds callers that they must dial 10 digits when making local calls. Calls will continue to go through until March 5, 2011, after which time seven-digit local calls will not be completed.

Starting in March 2011, a new area code, 249, will be added to the 705 region using the overlay method. This new area code will coexist with the current 705 area code and will cover the same geographic area. Customers with area code 705 numbers will retain their numbers. Numbers with the new 249 area code will only be assigned to customers for additional services on an as-needed basis. Introducing a new area code does not affect local calling areas.

The Telecommunications Alliance, whose members include Bell, Rogers and TELUS, was formed to spearhead this public awareness initiative. Interested parties can find detailed information on how to get prepared for local 10-digit dialing at www.dial10.ca.