So you think you know Canada, eh? 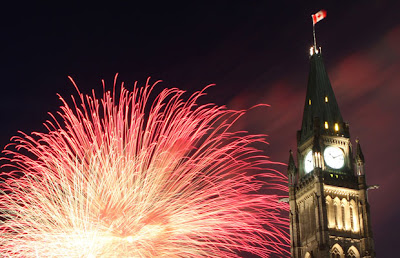 So you think you know Canada, eh?
To kick off the first Canada History Week, the Historica-Dominion Institute offers this Canada Day quiz, with the answers found below:
1. What is Canada’s highest mountain?
2. Which famous Canadian rap artist named his first mixtape Room for Improvement?
3. The first mosque in Canada was built in which province?
4. What was the 10th province to join Confederation in 1949?
5. Which famous general was killed in the Battle of Queenston Heights on October 13, 1812, during the War of 1812?
6. Which Canadian province has the largest land size?
7. Which Canadian province is named after Queen Victoria’s fourth daughter?
8. Which Canadian city is known as the Paris of the Prairies?
9. Which French-Canadian prime minister famously proclaimed: “I think that we can claim that it is Canada that shall fill the 20th century.”
10. Which MP from Montreal West was assassinated in Ottawa in 1868?
11. The face of which past Canadian prime minister adorns the $100 bill?
12. Canada has two national sports. What are they?
13. When did O Canada officially become the national anthem?
14. Canada, a name derived from the Huron-Iroquois word “kanata,” meaning “village,” was adopted by which French explorer?
15. Which famous DC Comics superhero character was co-created by Canadian Joseph “Joe” Shuster?
16. Who was the first female doctor to practise medicine in Canada?
17. Which Canadian boxer won a gold medal at the 1988 Olympics?
18. What year did Canada eliminate the one-dollar bill and replace it with the loonie?
19. Who was prime minister of Canada during the Second World War?
20. Canada is part of the voluntary association of countries that (for the most part) used to belong to the British Empire. What is this association called?
21. Canada is comprised of how many time zones?
22. Which Canadian town has the longest freshwater beach in the world?
23. Which Canadian province has the longest tunnel on the continent?
24. In what year did all Canadian women aged 21 and over become eligible to vote in federal elections?
25. Who was the former slave who petitioned for the creation of an all-black unit during the War of 1812?
26. Which French president fuelled separatist tensions in 1967 when he proclaimed “Vive le Québec libre!”during a speech in Montreal?
27. What was Canada’s worst epidemic, which killed 50,000 Canadians and was spread by troops returning from service overseas during the First World War?
28. In what year will Canada celebrate its sesquicentennial birthday?
29. Who was the first Canadian to walk in space?
30. Louis Riel, a Metis leader, is considered the father of which Canadian province?