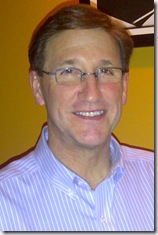 Steve Wallace today officially announced his intention to seek the nomination in Simcoe-Grey riding as the Conservative Party of Canada’s candidate in the next Federal Election. (The next Election is rumored to be May 2nd.)

“The We Choose Steve Campaign is a grass roots phenomenon  that’s about the people of Simcoe-Grey choosing someone they trust to represent them well and to work hard on their behalf. It’s a movement based on confidence; not politics.”